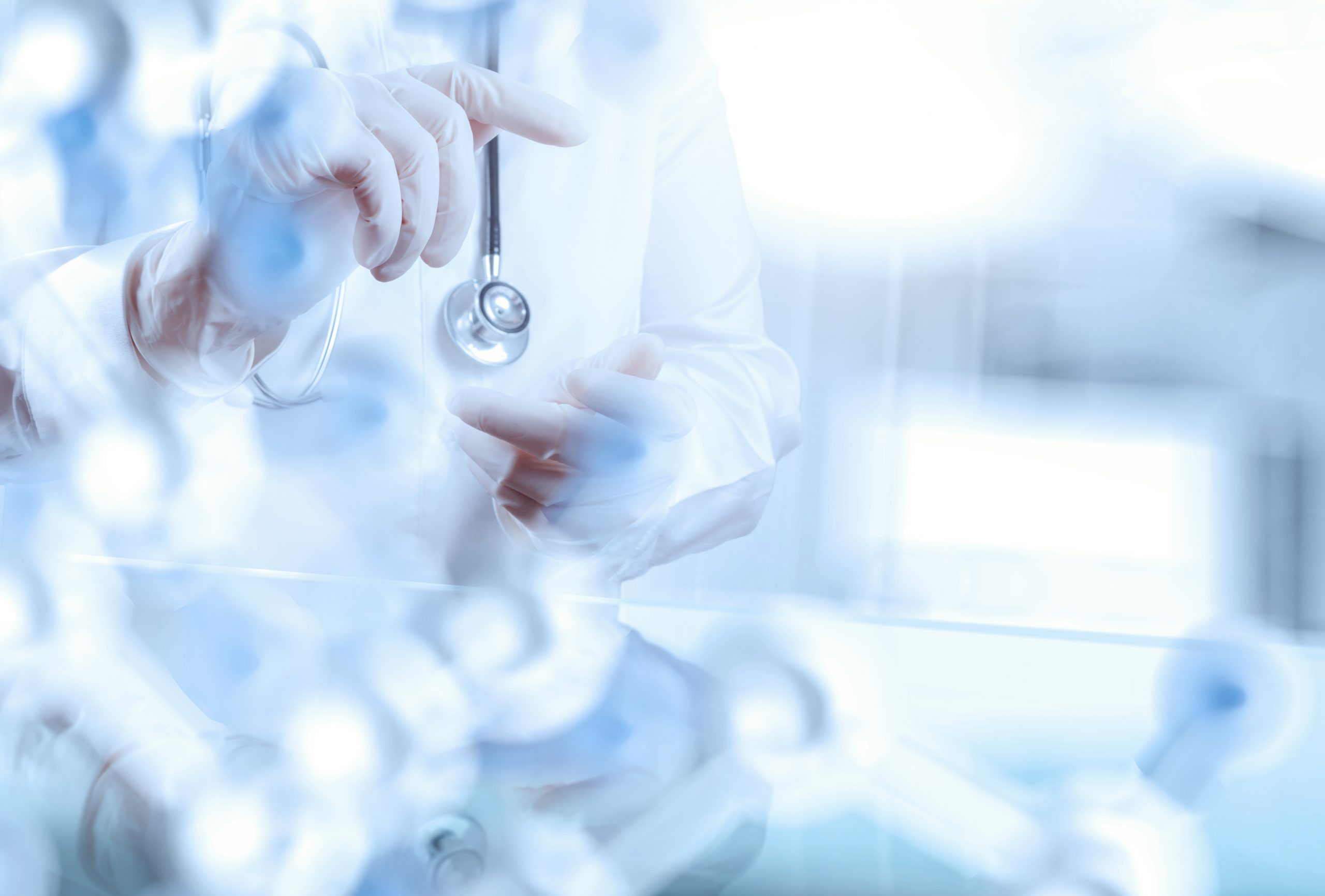 When it comes to analyzing the causes of fatigue, toxicity is certainly a foremost consideration amongst key reasons for feeling tiredness. This refers not only to present toxicity but also to past exposure as well.Although the level of toxic elements in air, water, food, and environment is considerably low, these levels canbuild over time, sometimes to worrisome heights. These levels vary, depending on your location andthe type of industrial waste that is discarded near you. Certain areas arevery polluted, such as areas near: coal-processing facilities, dumping sites, nuclear plants, and even the Mississippi River. In these areas, the level of toxins in the environment is very high and can be several times higher than admitted levels.

Certain symptoms can be caused by toxicity. These include tiredness, headaches, neuropathy, sleep problems, abdominal pain, and many other nonspecific symptoms. Nonspecific symptoms are those that can occur as a result of several medical conditions, and they are not specific to toxicity. Since we are all different, our bodies react differently to the same level of toxins. Some people can detox and naturally tolerate more, while others are saturated with toxins and even a small extra amount can be hazardous and damage their health, causing difficulties with various body functions.

There are generally two types of toxins, organic and inorganic.

Organic toxins: usually come from old or newly treated lawns or foreign vegetables sprayed with fungicides, chemicals, pesticides, etc. Organic toxins can find their way into our bodies when we unknowingly absorbing them from known and unknown substances that slowly or sometimes rapidly poison us.

Blood tests are the best way to check for organic toxicity and volatile compounds. When it comes to organic toxins, there is not a lot of specific treatment, unless the exposure is rapid and massive, which is the case with some pesticides.

There is a very specific treatment for this kind of poisoning, but the treatment is long and slow. The first step is to identify and remove the offending agent. Someone very smart said that you can’t dry off while still under the running shower. After removing the offending agent, the treatment continues with the detoxification of the liver. Detoxing the liver not only purifies it from existing toxins but also supports the liver’s ability, to deal with future toxins. For liver support and cleansing, abundant Vitamin Cis absolutely crucial. Vitamin C helps the liver deal much better with toxins taken in from our environment. There are not many toxins that can’t be neutralized by vitamin C.

Besides Vitamin C, other vitamins and supplements like all the B vitamins and compounds like silimarin or alpha lipoic acid are very helpful; they will boost your system, helping it recover from the damage the toxins have caused.Silimarin, the active component of milk thistle, is a great support for the liver; when used in combination with vitamins, glutathione, and other factors,it may regenerate the liver.Read other chapters of this book to see how vitamins help us stay healthy, strong, and vital.

Inorganic toxins: include single elements like lead, arsenic, mercury, cadmium, and others. These toxins, otherwise known as heavy metals, can be very hazardous to the body, especially since they accumulate over time, migrating toward deeper and deeper tissues and eventually affecting the brain and nervous system.

After a few days of circulating through the blood, these heavy metals usually penetrate deeper into the cells and tissues, attaching themselves to enzymes and blocking metabolism in different ways. In order to efficiently cope with them, our bodies are forced to overuse specific vitamins and minerals. When the blood level of these specific minerals, vitamins, and elements used to mitigate toxins is lowthe negative impact from heavy metals is compounded.

A useful but sometimes not very reliable test for heavy metals ishair analysis. Although this is not a very reliable test, it does offer some clues, just as an EKG alludes to a heart condition. If the tests and analysis show a trace of toxins in the hair, it may not mean anything serious; on the other hand, it can be a good indicator that more tests should be done to see if there are indeed any toxins present in body. In other words, while hair analysis is not very sensitive and is more specific, it can lead to further testing. Hair analysis gives a clue as to where to look for something.

If there is suspicion of heavy metal overload, then the next recommended step is a urinary toxic elementschallenge test. This test measures an initial level of toxic metals in the urine. Then, after detox treatment, the levels are checked again and compared to the previous results. The detox treatment removes toxins from the body through urine. If the levels are higher in the urine post treatment, logically, they had to come from inside the body, and then we know that the body is being slowly poisoned.

Some doctors do not understand the irrefutable logic of the challenge test. There is no such thing as a normal level of toxins the body. The fact that toxins show up in the urine means that the body is releasing more toxins during or right after the detox treatment, and this means the detox is effective. It would stand to reason that an effective treatment should be duplicated over and over many times in order to mobilize toxins little by little.

Only so much toxicity can be removed with one treatment. The toxin-extracting agent has an upper limit for binding capacity, and many subsequent treatments may be needed to obtain a significant enough decrease in toxicity so that energy and other symptoms improve.This sequence of toxin-extracting process is called chelation therapy. It isusually done with a very safe and commonly used chemical substance called EDTA. EDTA is usually administered intravenously under a doctors’ supervision,three to four times a week for forty to sixty treatments, then monthly for maintenance. If no monthly maintenance is performed, the benefits of a forty- to sixty-treatment series may last from three to four years. How long the beneficial effects of a detox series of forty to sixty treatments last depends on how toxic, how old, and how sick someone is. Sadly, this chelation therapy is typically not covered by insurance, and is being intentionally ignored mostly due to political reasons and interference from the Big Pharma.

Oral chelation treatments are not very effective; they are weak and unreliable and even work through a different mechanism. In fact, oral therapy is only from 1 to 5 percent as effective as intravenous treatment. Oral treatment may be appropriate for long-term prevention on a younger patient,usually one who is not very sick. By the time you get sick, it is usually too late to rely on oral chelation therapy.

EDTA is the treatment of choice to detoxify from heavy metals other than mercury, but it only removes heavy metals from the blood. Thus, a new concentration gradient of toxic metalscan develop between the blood and the tissues; while the blood may have less toxins, the tissues will contain more. Within days or even hours, some toxins will seep out of the deeper tissues and into the blood in order to equalize their concentration.

Once these toxins seep into the blood, the heavy metals may be taken out of the blood again and again, little by little in subsequent treatments. This process repeats with each new treatment. After ten to thirty treatments, a large enough portion of toxins is usually removed, and people experience marked improvement in symptoms. If the treatments are stopped or interrupted, new toxic metals may slowly accumulate. Every single treatment helps get rid of a portion of the toxic load.

For mercury detoxification,there is a special extracting agent or agents. These are sulphur based and are called DMPS and DMSA. There is much confusion as to what to use and when, but there is no question that DMPS is much stronger by a factor of ten. DMPS should be used as a main detox agent, preferably administered intravenously in conjunction with Vitamin C and B vitamins to protect the kidneys from the mercury onslaught. The number of DMPS treatments is usually ten to thirty. DMPS can also be used orally, albeit less effectively. DMPS treatment should be weekly or biweekly, as it can be harsh, and it should be given together with a comprehensive daily supplement regimen taken orallyat home.DMSA is weaker and less effective, but for some good scientific reasons, it is a good follow-up to DMPS treatment.

Mercury treatments can and should be used after mercury (silver) fillings are removed from teeth. Filling removal should be completed by a very knowledgeable dentist, in the right order, at the right time, and with the right protocol. You are better off keeping the mercury fillings in your mouth than having them removed in an unhealthy way, which can result in acute mercury toxicity and exacerbations of the chronic toxicity levels, with horrendous effects on one’s health.